You at 10 weeks pregnant

Some women also feel less attractive and less interested in sex than before, although some find pregnancy increases their sex drive.

Being open and honest about your feelings with people you know and trust can avoid hurt and misunderstanding. 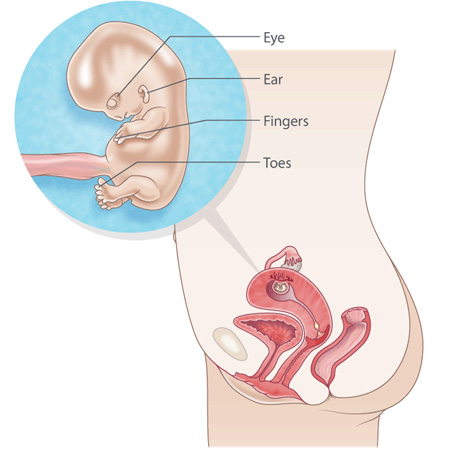 Antenatal tests at this stage of pregnancy
Your doctor or midwife might talk to you about antenatal tests for chromosomal anomalies, including non-invasive prenatal testing (NIPT). NIPT looks at the risk of your baby having certain chromosomal abnormalities. NIPT can be done anytime from 10 weeks onwards.

If you need a CVS for medical reasons, it can be done between 10 and 14 weeks of pregnancy.

Aim for around 30 minutes of exercise a few times a week. Walking and swimming are good options. If you’re feeling more hungry than usual, avoid satisfying your hunger with unhealthy food. Try to stick with healthy foods.

Your baby when you’re 10 weeks pregnant

From this point on, the baby is called a fetus: