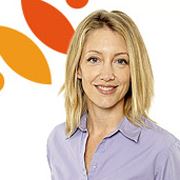 Divonne Holmes à Court is Chair of the Raising Children Network board.

Divonne is founder and former CEO of Smart Population Foundation and a member of the New York Bar. She is an active supporter of translating early childhood and education research into innovative and accessible resources for parents, professionals and the broader community.

In her previous role with Smart Population Foundation, Divonne was what Andrew Denton called ‘the driving force’ behind the development of this award-winning website, supporting its editorial policy and design philosophy.

Divonne also produced the comprehensive Raising Children DVD and worked closely with government to ensure its distribution to all parents in Australia, immediately after the birth of their child. She pioneered some of the Raising Children Network website’s most enduring innovations including Baby Karaoke and Parenting in Pictures.

Divonne is a previous board director of Noel Pearson’s Cape York Aboriginal Australian Academy and the Health Department’s Youth Mental Health Foundation headspace board. She was a founding sponsor of the Australian Museum’s Eureka Prize for Science Teaching.

Divonne is also the mother of two sets of twins.